Darkness shrouds the night about me. I clutch at the blankets and burrow deeper into their fleeting comfort. Then a scratch at the door pierces the stillness. Thrusting a hand out, I grasp desperately for my sleeping protector. What is prowling just outside the door? Is it a fanged monster perhaps or some troubled poltergeist?

Setting my Horror novel aside, I discover kitty playing with a discarded rubber band. The heart stopping tension stays with me, however, as I crawl back in bed. Why do I read scary stories before bed time or at all? Heart pounding, shiver inducing tales of horror have been told around campfires of centuries. We humans love the thrill of being scared. Here are a few of my favorites:

Have I missed one of your favorites? Please share in the comments. I’d love to add a good book to my reading list.

Horror Writers Association(Proud to be a member)

Be Positive. Be Happy. Be Well. 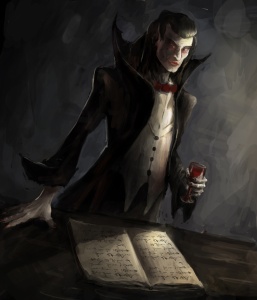 I’m a Dracula purist. Nothing evoked more fear in my childhood than the mere mention of the legendary vampire. Bram Stoker’s book haunted my imagination and inspired me to write tales of dark fantasy and horror.

Here are 5 reasons why Bram Stoker’s Dracula is the best version of himself:

Dracula is my favorite monster of all time. If you’re looking for a horror classic to read during the Spooky Season, give it a try.

Be Positive. Be Happy. Be Well.Be Spooky. Be Gruesome. Be Goofy.

They’re coming, and they want your brains!

Be warned, Dear Reader. A pestilence is chewing its way toward your home town. The chilly fingers of October herald their coming. Summer gardens wither under their rotting feet. Look for them in the darkened skies of All Hallows’ Eve.

You can’t run. Their lumbering bodies will infest the streets, making it impossible to navigate toward the safety of open country. You’ve been warned. Be prepared to ward these Zombies off with brightly illuminated Jack O’ Lanterns and the “Good” chocolate.

What to do if you’re away from your fortress and surrounded? Prepare in advance. Learn from Master Zombie Hunters. Here is a list of essential Zombie Fighting Guides:

Be Positive. Be Happy. Be Well.Be Spooky. Be Gruesome. Be Goofy.

The Spooky Season is upon us! It’s time for warm cider, pumpkin cookies and scary stories. Whether you indulge your ravenous appetite for ghosts and ghouls on the screen or in hard copy print, nothing is better than being captured in the pages of a book.

Looking for some “scare the pants right off you” ideas? Here are a few great places to check for suggested reading: 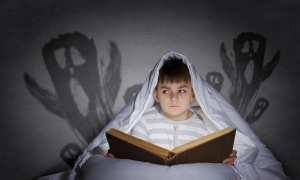 Goodreads Lists– Here you can find a list of reader favorites for every genre. Try Horror and Paranormal in October for perfect Spooky Season suggestions.

Horror Writers Association– Why not look to the experts at Horror.org? As a member of HWA, I’ve had the opportunity to meet several of these gifted authors. You may recognize some of the Bram Stoker Award Winners on their website.

Grab a book or better yet, let a book grab you!

Be Positive. Be Happy. Be Well. 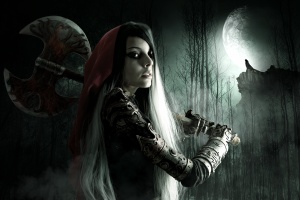 Dark Fantasy is my creative playground. I love reading it almost as much as I love writing it. This special genre takes the magic of Fantasy and mixes it with the terrifying themes of Horror. Still not clear on the difference between the three? Here is my oversimplified cheat list: 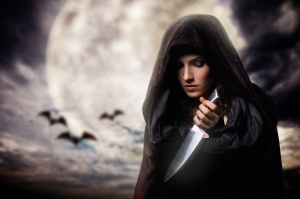 Fantasy – Epic adventure involving magic and some sort of quest

Urban Fantasy – An adventure involving magic and some sort of quest, but takes place on the mean streets of a modern-day city

Curious about Dark Fantasy? Goodreads.com offers a list of awesome books in the genre. Perfect for the season! 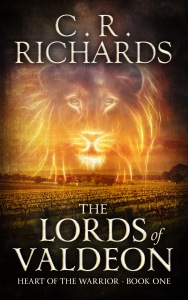 Halloween is the time of year most folks want to be scared. We flock to haunted houses. Dress up in scary costumes or slightly less impressive facsimiles of super heroes. Some adults choose to put on their fuzzy nonthreatening stuffed animal heads. No judgement. You be you. 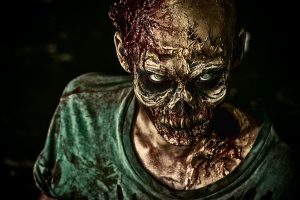 No matter which costume you go with, we all seek out the scary on Halloween. Why?  I have a theory:

Fear shakes us out of the mundane antiseptic world. October lets us step away from our boring 9 to 5 jobs. We aren’t stuck in our career roles. We aren’t just “Mom” or “Dad.” During Halloween, we can be anything. The scarier the better.

Experiencing this shake up just once a year isn’t enough. Ghost stories and other scary tales offer us an individual experience where the only limit is our imagination. Horror forces us to recognize our fears and hopefully it encourages us to face them.

Boo Alert – Don’t Forget to enter my Spooky Season Sweepstakes! Enter by Midnight, October 27th for a chance to win 1 or 3 EBook copies of The Lords of Valdeon (Book One: Heart of The Warrior). 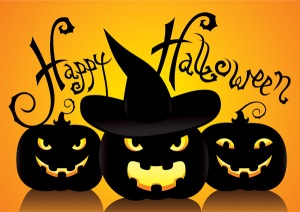 Folks have asked me where my inspiration for fantasy comes from and I tell them about my grandma. Visiting her house was like visiting the gates of Otherworld. She’d tell us stories about the gnomes and other magical creatures. Often we’d wake up in the morning to find candy in our shoes. Grandma would assure us the pixies had filled them with sweet treats during the night.

The next question I’m usually asked?

“You seem like such a nice lady. Where did the horror stuff come from?”

I usually shrug and tell them how I’ve always loved ghost stories. Writing dark fantasy is a great way for me to share wonderful spine tingling tales. It also allows me to explore the darker side of human nature. Then I started gathering ideas for this blog post and a repressed memory bubbled to the surface.

My grandmother’s house (built in the late 1920’s and made out of copper) rests at the mouth of Bingham Canyon in the little town of Copperton, UT. Once consisting of several little mining towns – including Galena Gulch and Highland Boy Mines – Bingham Canyon was eventually gobbled up by the Kennecott Copper Mine. The land was once home to several miners. If you ask me, they never left.

I still remember the narrow stairs descending from her kitchen to the backyard. Go left instead of right and you’d find yourself headed down into every kid’s nightmare. Some of you may be old enough to remember your own grandmother’s house. Do you recall the grumbling roar of those furnaces or the hiss of steam heat coming from the radiator pipes in each room?

Her basement was best avoided, but sometimes we’d have no choice. Grandma would send us down to her wash room for one errand or another. Braving the hollow sounds of my shoes striking the stairs, I’d descend toward the roar of the furnace. I remember the washroom and my uncle’s empty bedroom were painted a sickly mint green. Following the high gloss (and I’m sure lead-based) paint around the wash room, I’d head to my grandpa’s work bench.

Standing between me and my objective was a 3’ x 3’ door suspended in the very center of the wall. Reaching it required a ladder. Open the door and an unsettling darkness greeted you. Grandma called it the ‘dirt room’. I thought of it as the gates of hell. Every lost soul who’d ever passed through the mouth of the canyon could have stepped upon the dark earth in that room. I could feel them every time I went near that door.

Grandma passed away several years ago. Her children and grandchildren had the sad job of gathering her things. Somehow I got stuck with the basement and its Dirt Room. My flash light was a comfort as I climbed inside. The confident belief in “childhood fantasies have gone now that I’m grown up” vanished as soon as my feet hit the dirt. Utter darkness surrounded me, suffocating my courage. I clung to the only source of hope – the flash light.

Running the beam along the floor, I found old metal toys from the 40s and glass bottles from gawd only knows. Gathering as many as I could, I continued the search. Then my light hit them. Discarded doll heads. Not just any doll heads, but porcelain ones with the open and close eyes. You know. The ones that are usually possessed by a malevolent spirit.

Then the furnace roared. Something moved in the faint fringe of the flash light. I don’t know what it was. I don’t care what it was. Backing toward the door, I kept the beam in a protective circle about my legs. I crawled back out and shut the door. The house has new owners now. If they had any sense, they’d sheet rock over that door and forget it’s there.

Meanwhile upstairs in the light, the rest of the clan had been busy. Imagine my giddy excitement when my mother showed us the two intact porcelain dolls she’d found in the hidey hole above my grandma’s closet! A Shirley Temple doll and a Roxie doll (named for my grandma’s other daughter who’d passed away as a child). Both of them had those blinky demon possessed eyes. Shiver. My mother had them refurbished and still displays them by her bedside. I believe her plan is to leave them to one of her granddaughters. Maybe they can terrify a new generation?

So what childhood terror do you still carry around? Besides clowns I mean. Everybody hates clowns. Snakes maybe? Bugs? A deceased relative’s painted face in a casket? Leave your answer in the comments. I look forward to hearing from you!

C. R. Richards – Award Winning Author of Dark Fantasy books - enjoys telling tales of intrigue and adventure. Her novels include: Phantom Harvest (Best Fantasy – EPIC eBook Awards 2014), Pariah, Lost Man’s Parish and the Heart of the Warrior series. She started the Deep Thoughts and Junk blog to offer motivation and encouragement to other creatives. Her message is simple: One person can be a catalyst for change. Looking for Small Business topics from a Project Management Professional? Check out Cynthia’s new blog on www.EndGoalSolutions.com

Deep Thoughts and Junk
Create a free website or blog at WordPress.com.